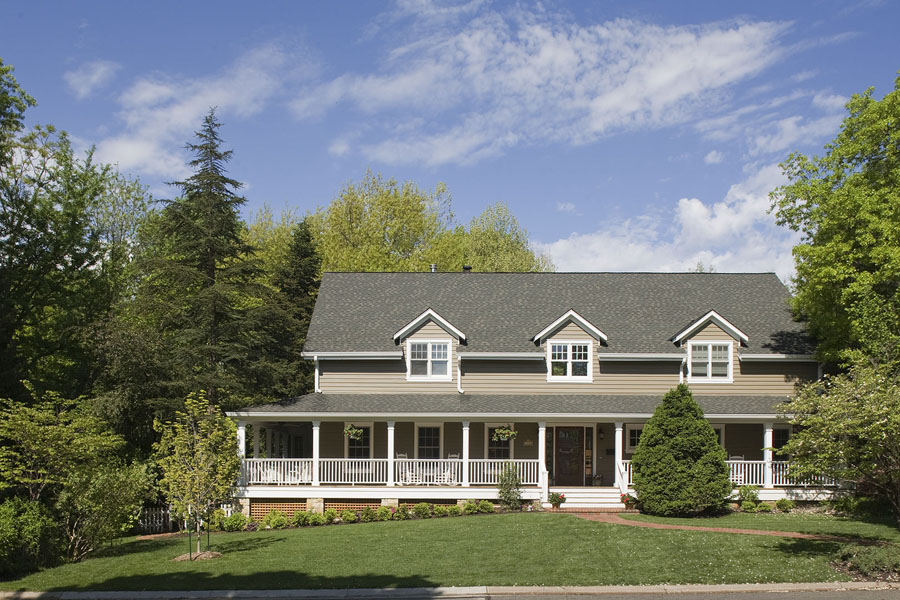 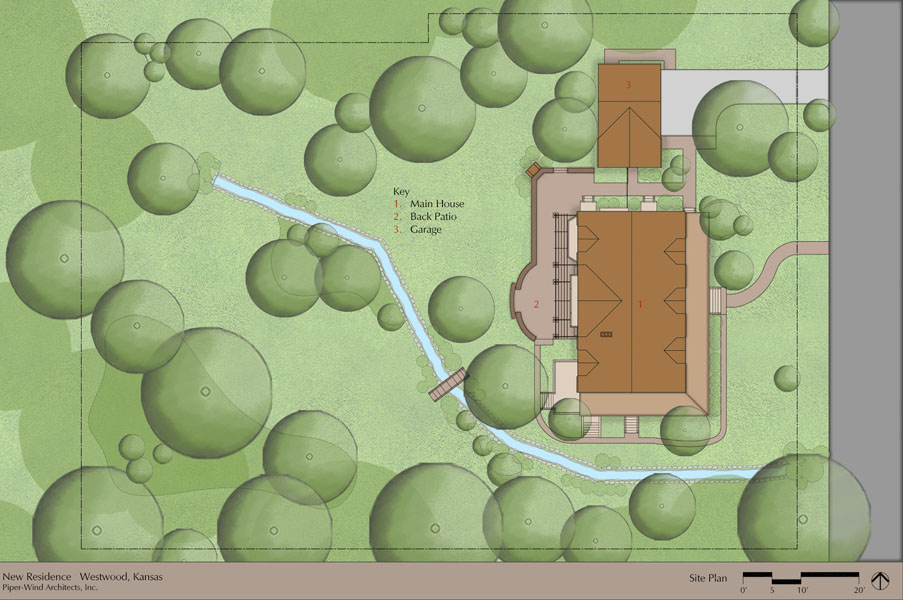 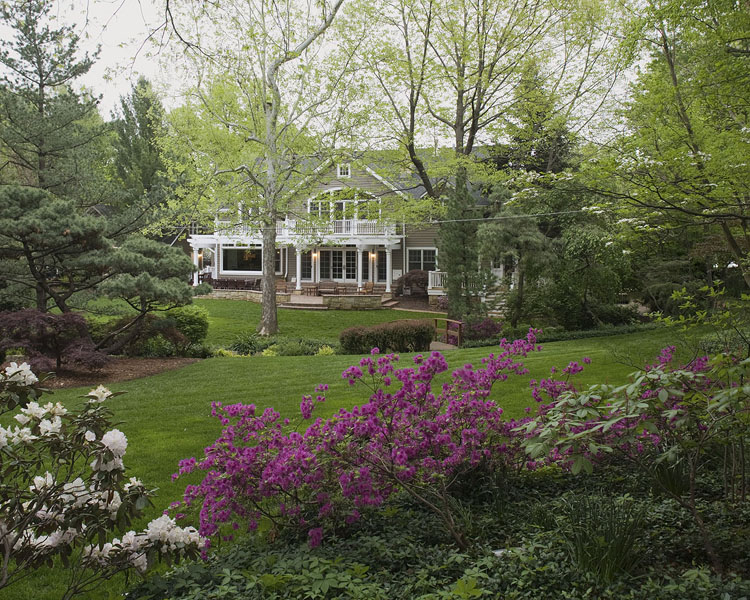 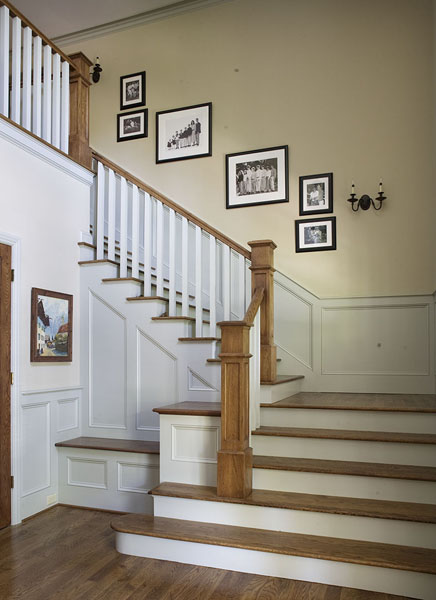 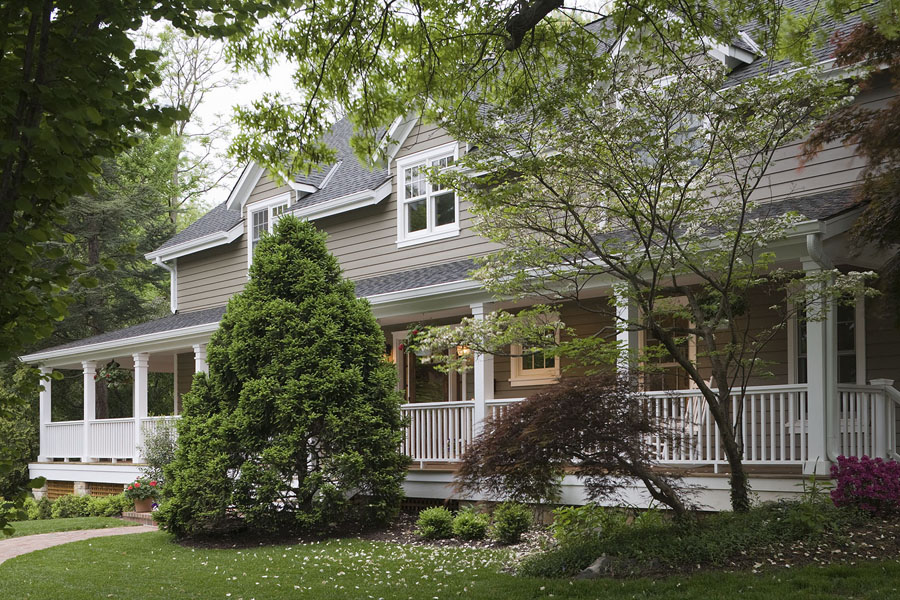 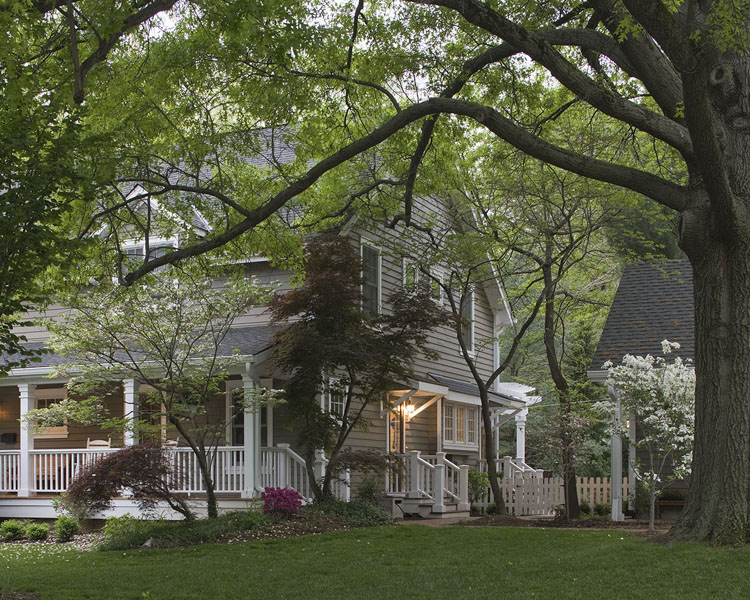 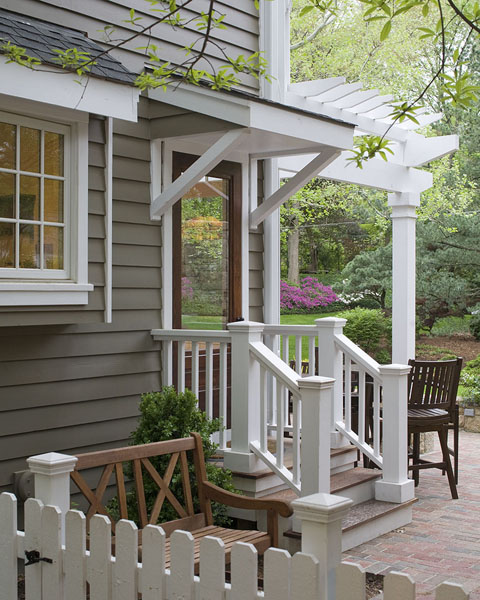 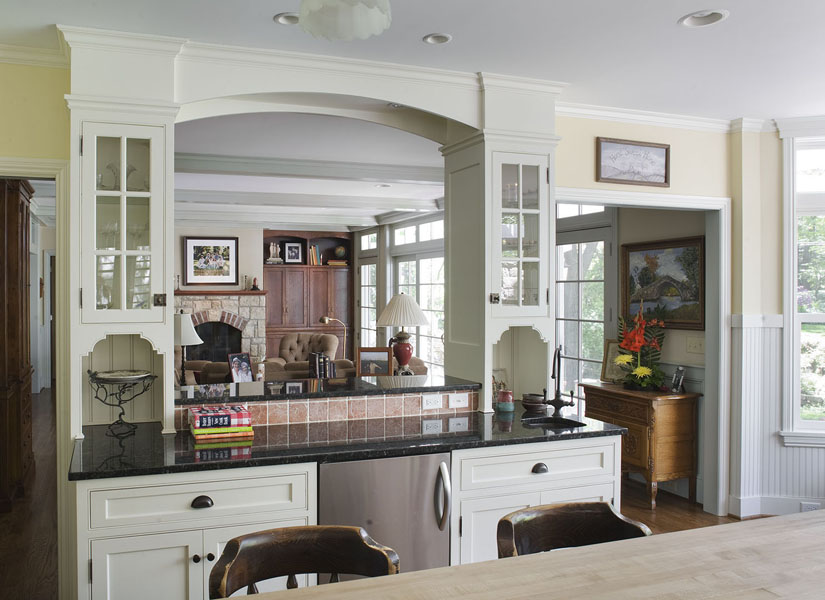 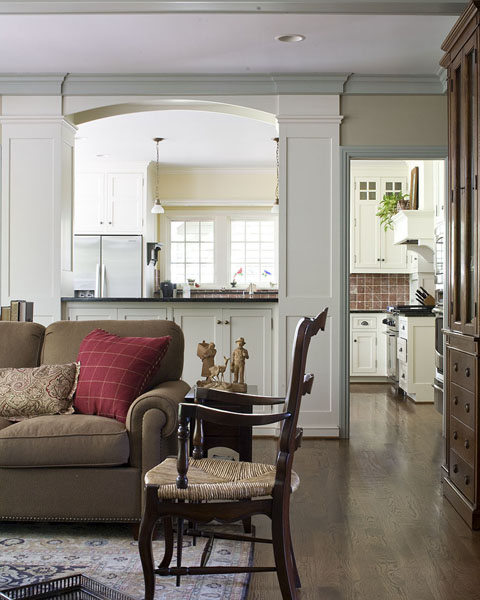 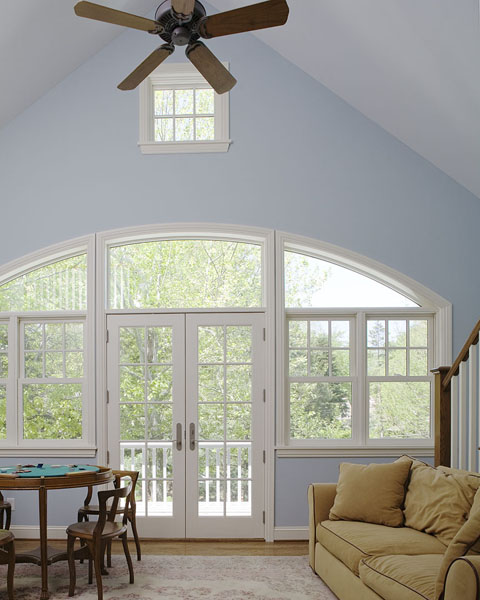 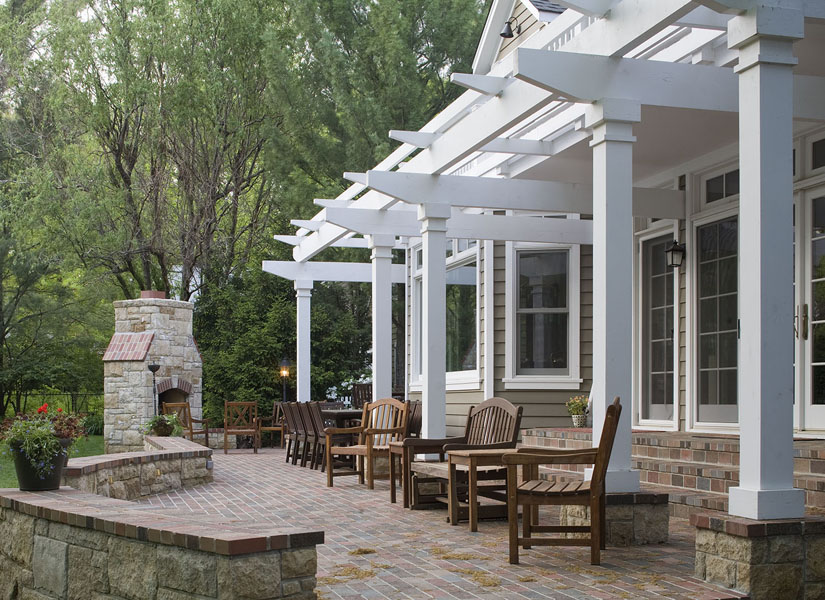 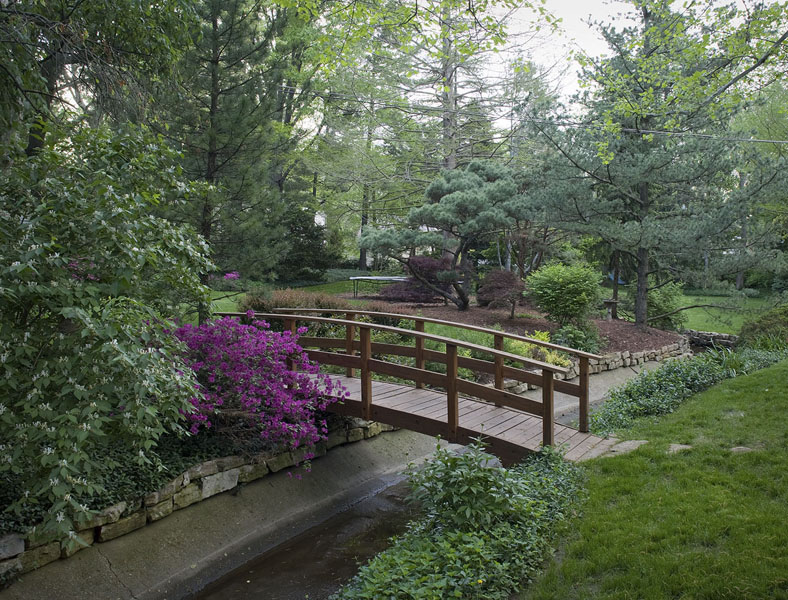 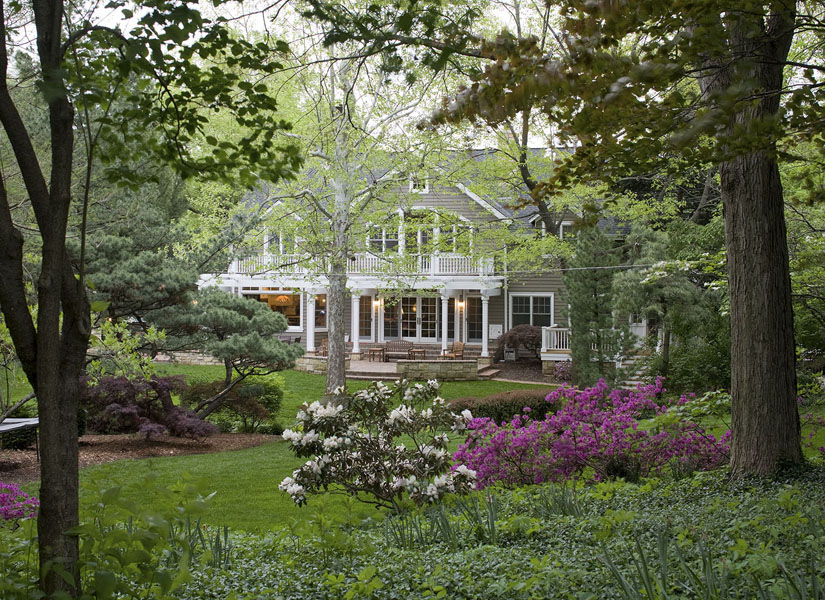 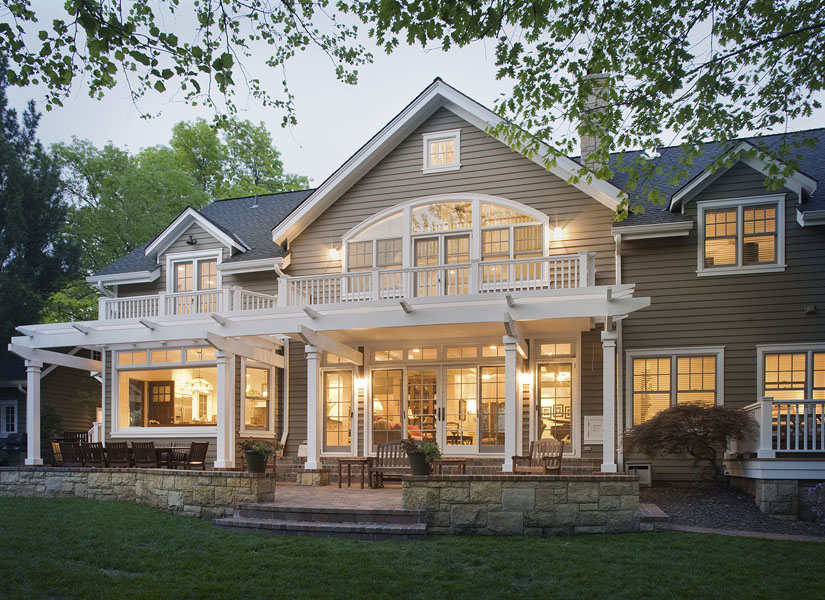 The owners enjoyed their current location in this established neighborhood, with large acreage which was previously an arboretum, but they wanted a larger home for their family. They also owned a small second home on an adjacent property north of their residence.   Replacing the existing 1960s style split-level which was totally out of character with its neighbors and working with the owners to develop a unique solution, both houses were demolished, and then a new house was built on the existing foundation of the old building, with a detached garage where the second house was located. This reduced the overall project cost, but more importantly, allowed a majority of the substantial trees and landscaping to remain.

The new house was designed to resemble a country home with porches and a gable roof with second story dormers, gently tucked into the existing trees. Wood siding and a wide front porch tie into the character of the existing historic neighborhood, and large windows on the back open out onto a patio and the backyard for entertaining. A walkway connects a side door from the kitchen to the new garage. The combined result is a house that appears to have been on the site for decades.