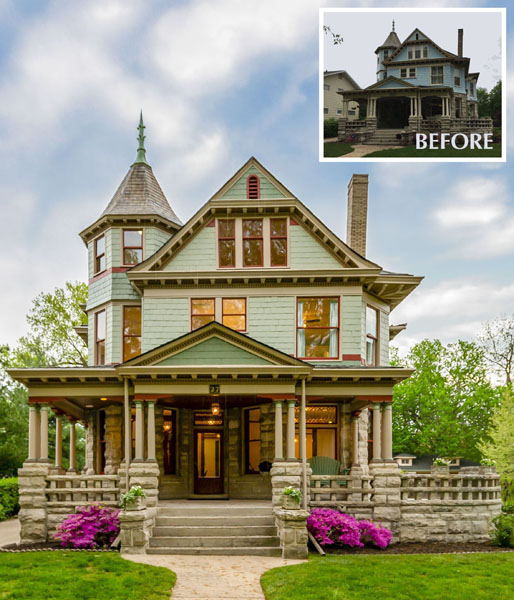 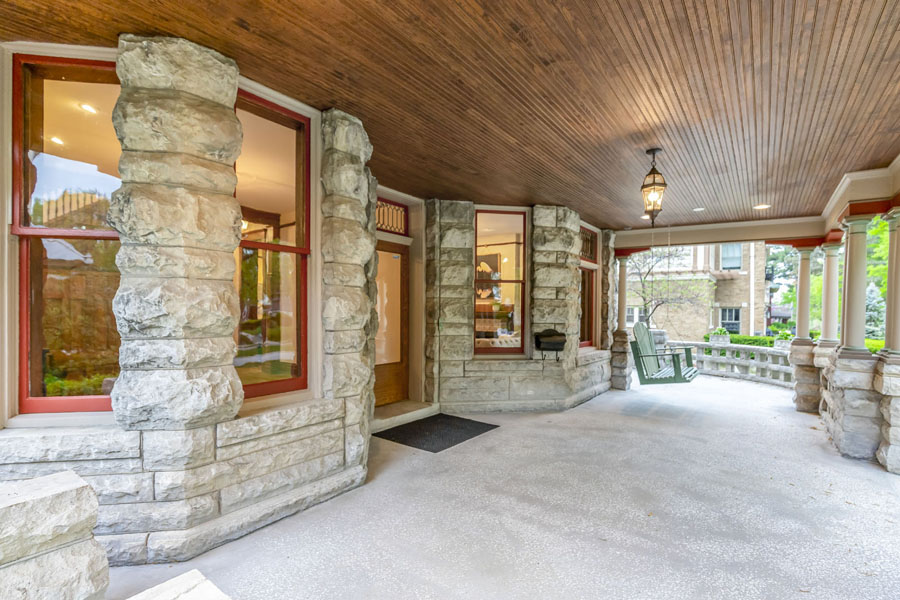 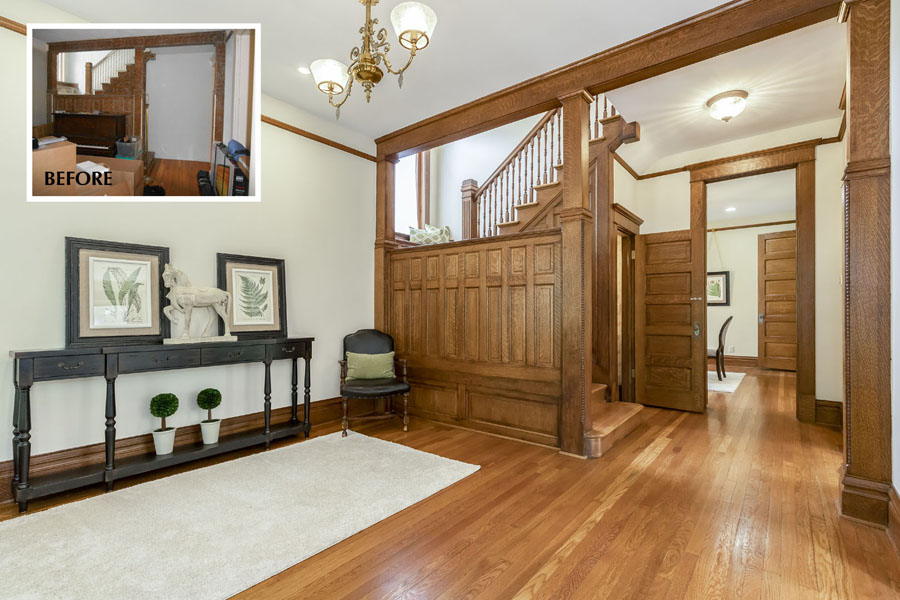 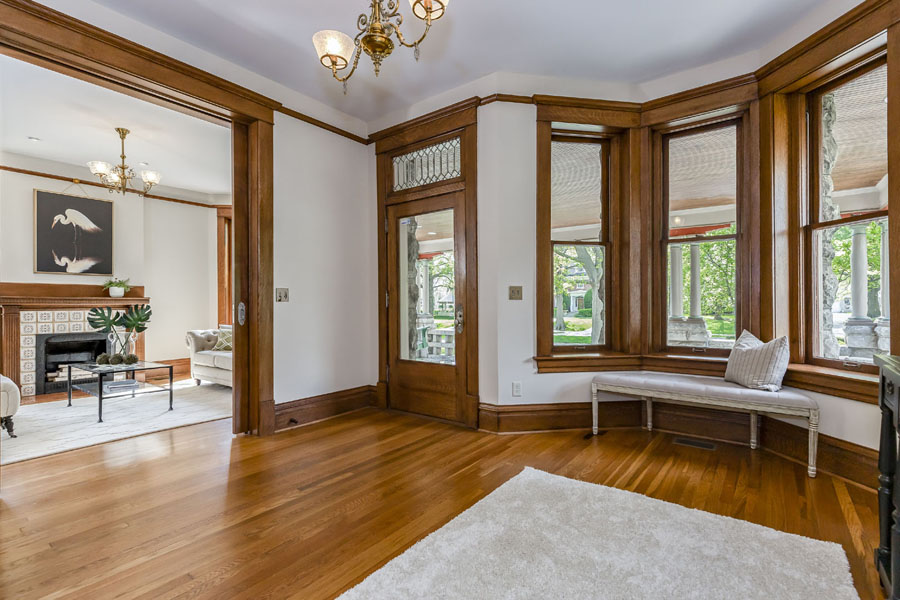 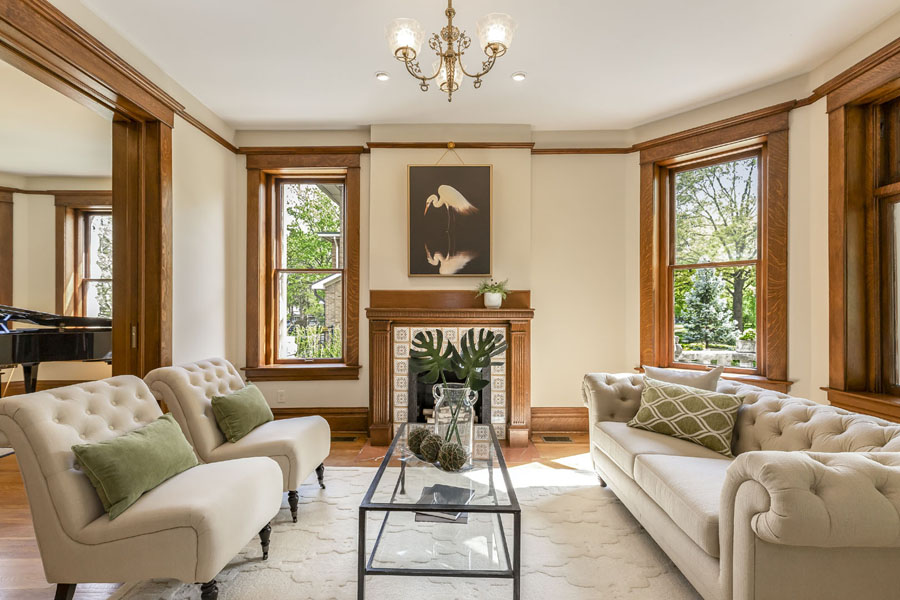 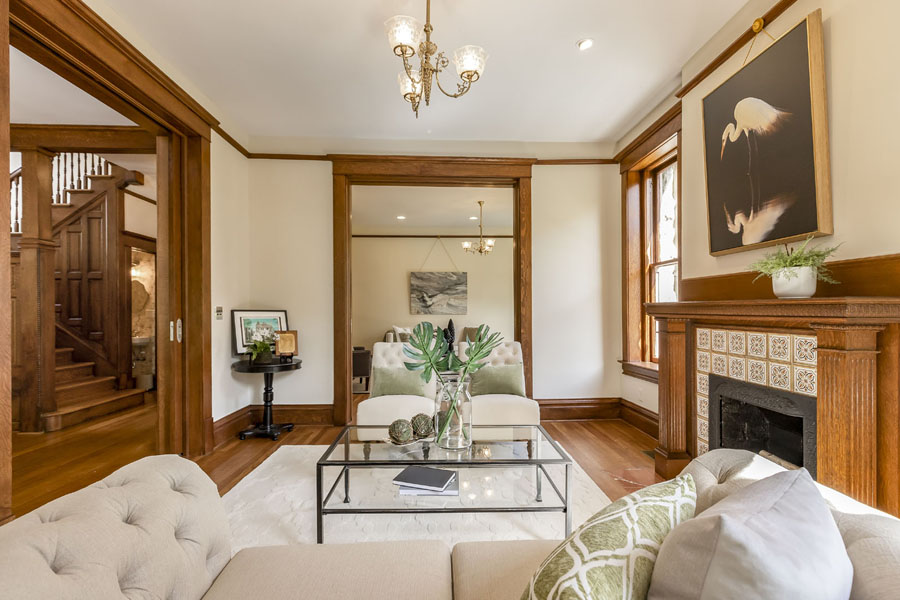 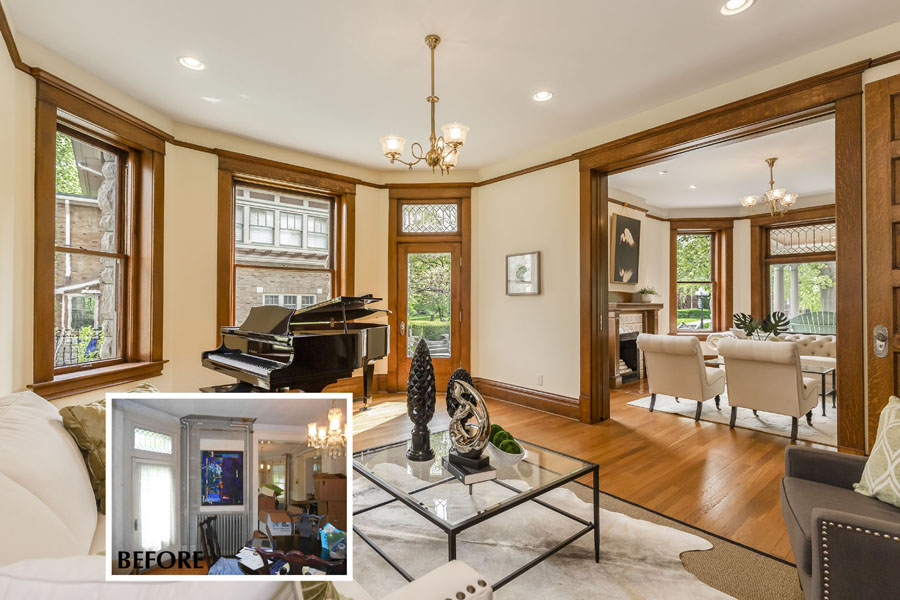 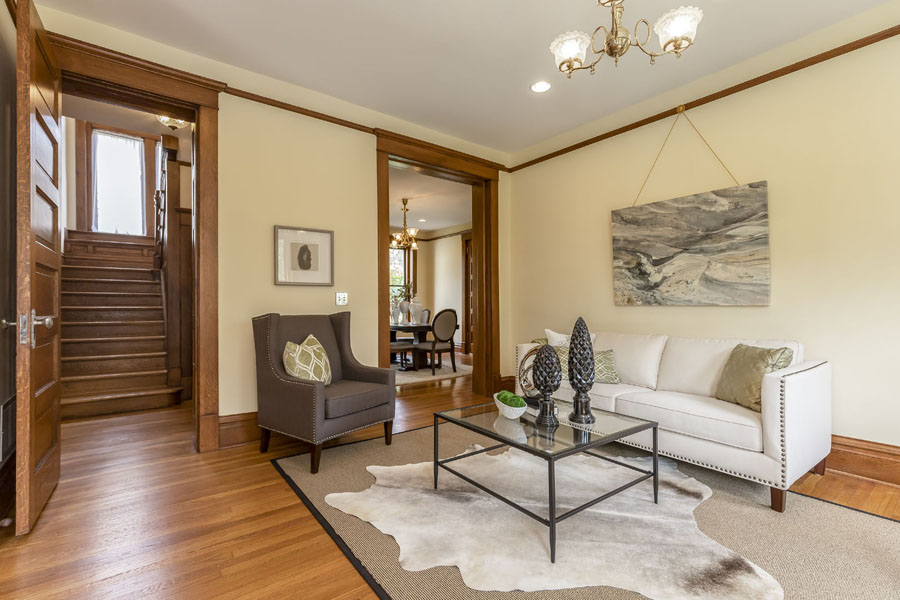 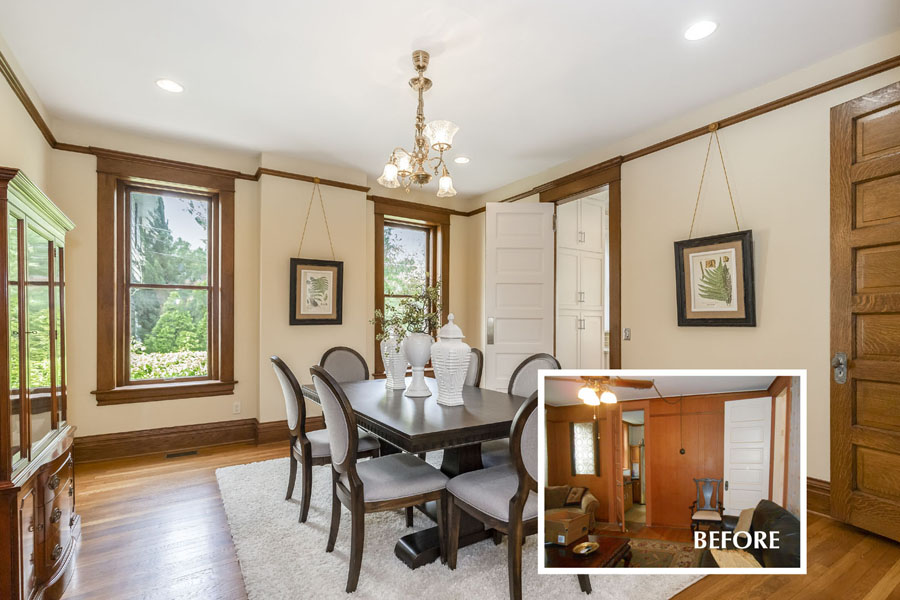 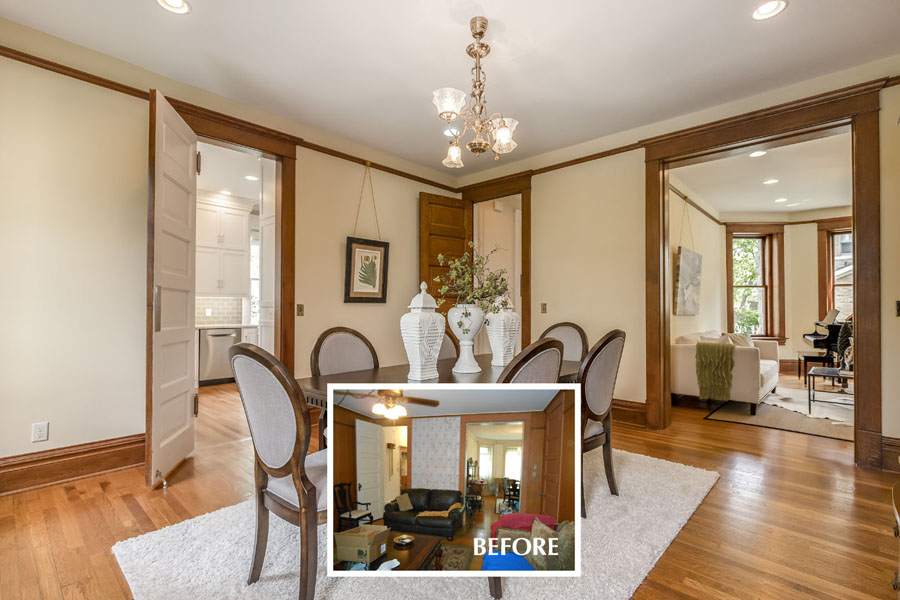 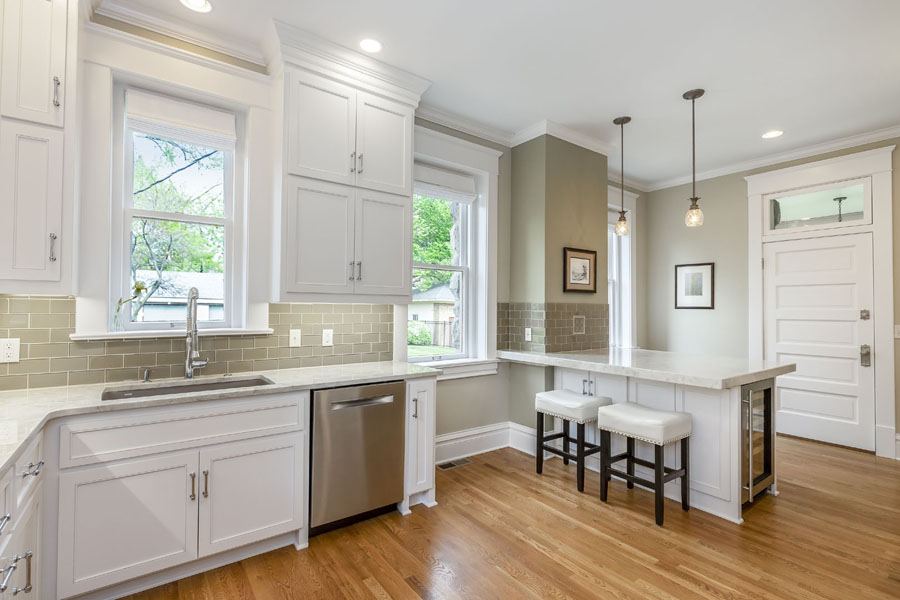 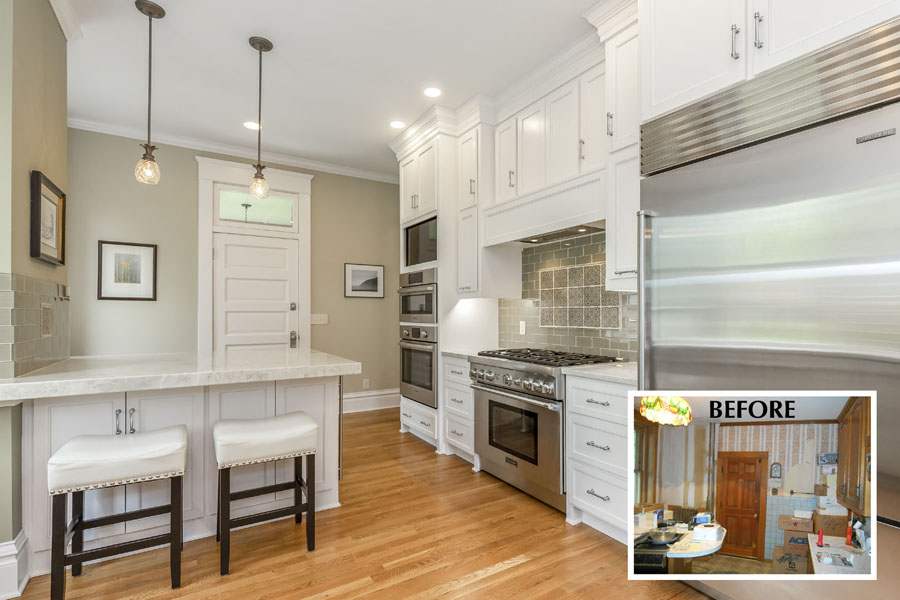 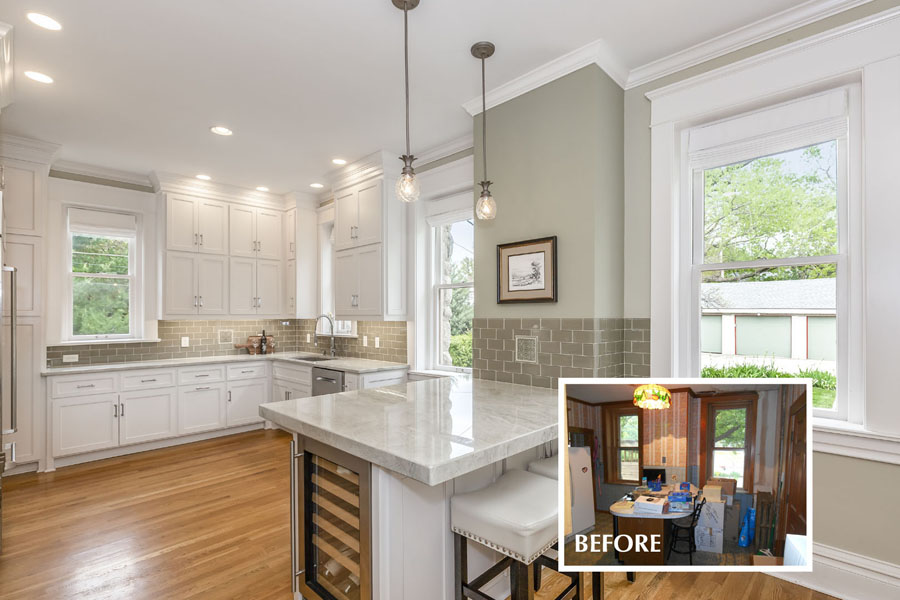 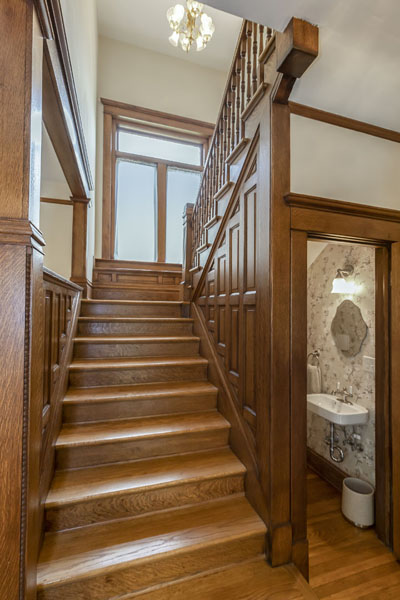 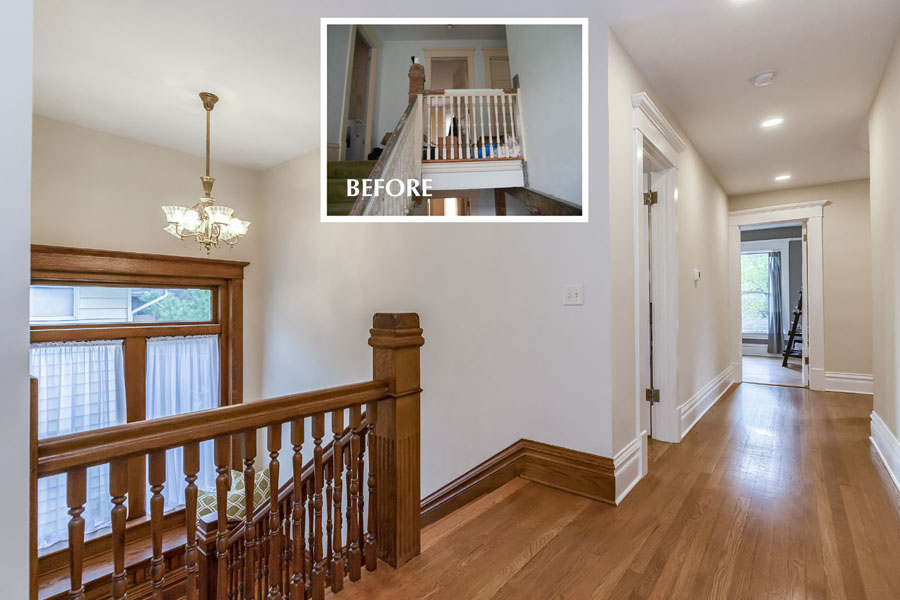 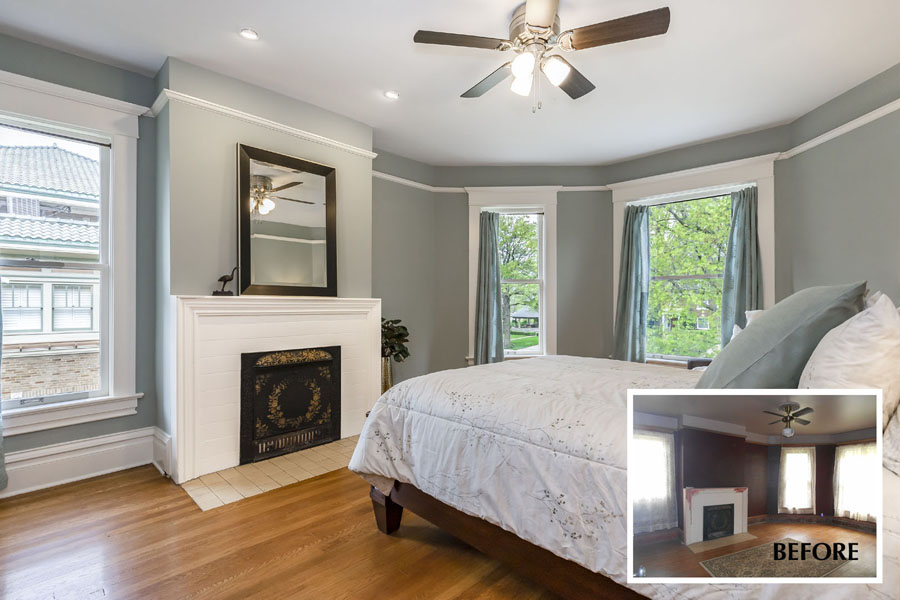 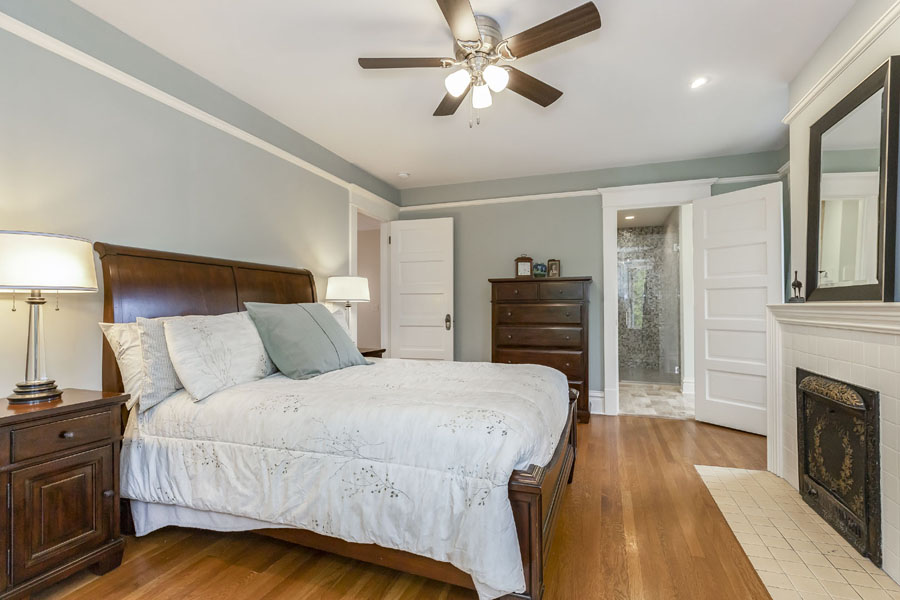 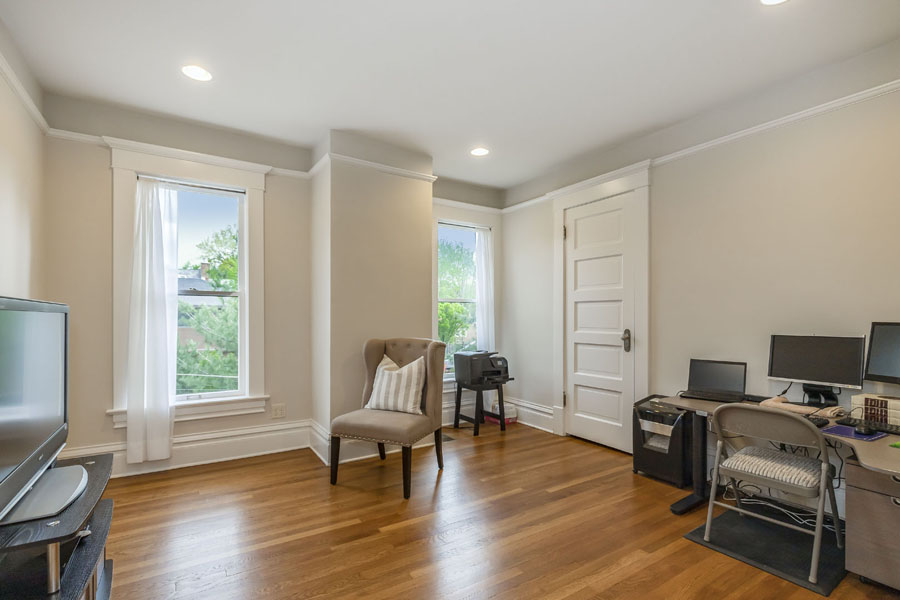 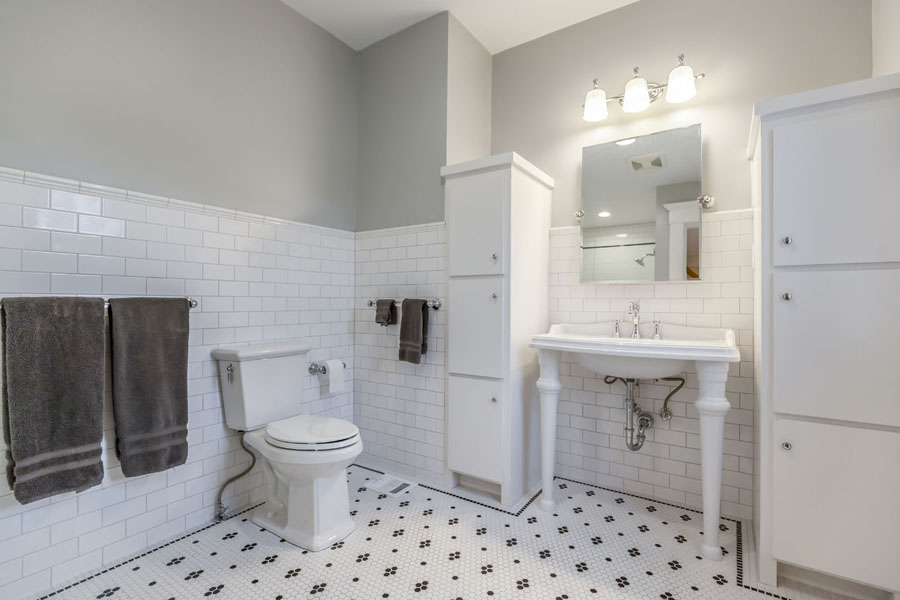 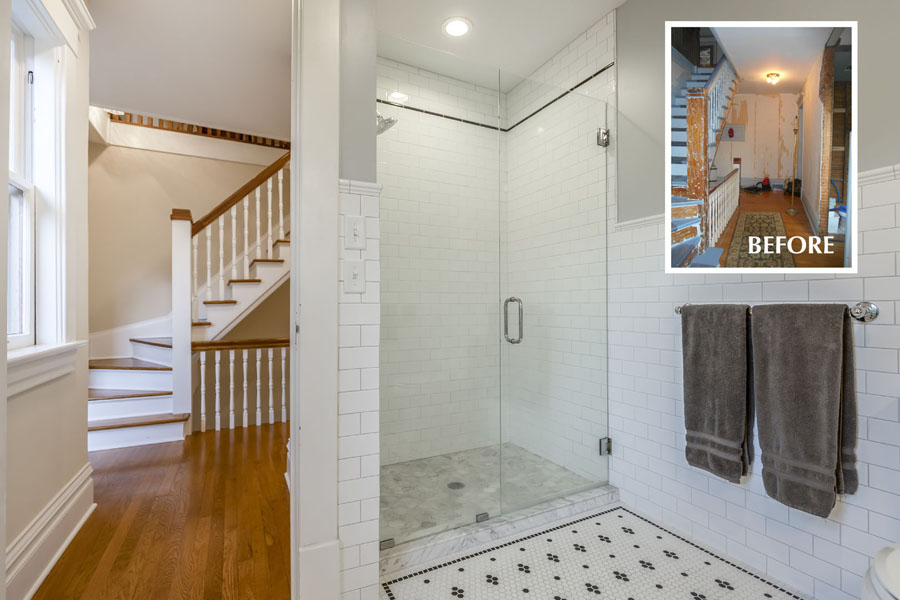 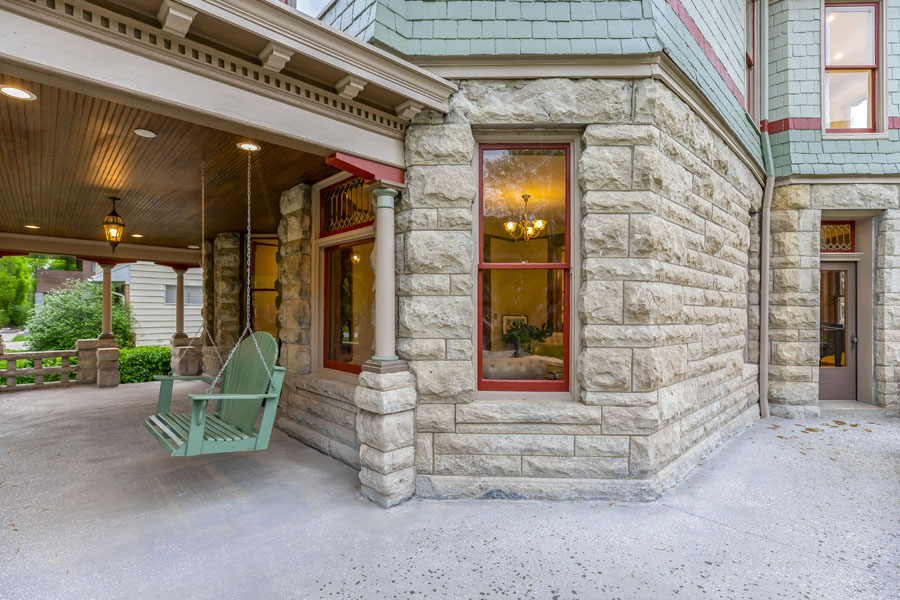 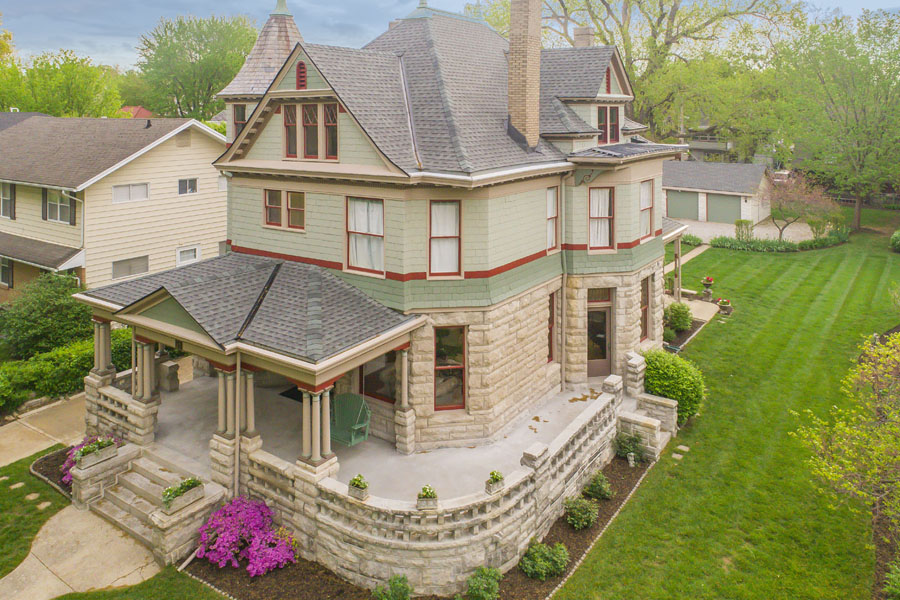 The William A. Williams Residence at 27 Janssen Place is located in midtown Kansas City, Missouri, in the Central Hyde Park neighborhood.

Originally developed as a private street by Arthur Stillwell (local entrepreneur and founder of the Kansas City Southern Railroad), Janssen Place was one of the city’s first National Historic Districts. Its 19 gracious homes, all of which still exist, were generally built between 1897 and 1918. Many have had extensive restorations over the years due to ill-conceived conversions to multi-family and associated uses in the post WW II era or general lack of maintenance as the neighborhood aged.

Originally built by Mr. Williams, a principal of the Kaw Valley Construction Company, this three story home was the first house to be built on Janssen Place and is the only one designed in the picturesque Queen Anne-Victorian style. It is speculated that it was the developer’s sales office or show house.

It has approximately 5,000 square feet, with 13 rooms and 3 baths. The home was designed with a large entranceway, music room, parlor, dining room, butler’s pantry and kitchen. The second floor had two baths and four bedrooms with a parlor between the master bedroom and one other bedroom. The third floor, a ballroom, had two small rooms and two alcoves. The woodwork in the first and second floors was light walnut which had been painted white by previous owners. The home had three beveled glass windows, hardware floors and two wood burning fireplaces.

Even though the house had only changed hands a few times, previous long-time owners had changed original rooms around to accommodate their needs and various life circumstances. Walls were added, doors filled in, rearranged, or made into interior windows, and other finishing touches “modernized” the house, such as wall paneling and shag carpeting - which were perhaps the rage thirty years ago.

The owners responsible for the meticulous restoration of 27 Janssen Place purchased it from another family who had, in turn purchased it from a long time resident, with the intent of taking on the restoration. However, two years into their project and after some selective demolition, they were forced to relocate and sold the property “as is”.

PWA was retained to develop the design drawings for the restoration, and to prepare the applications for the State of Missouri Historic Tax Credits. They were quickly able to assess the condition of the existing house, determine the original wall and window configurations and prepare design plans that restored the gracious rooms and stairways back to their original grandeur. A new, functional kitchen was accomplished by combining small and awkward butlers’ and dry pantries. A comfortable master bedroom, bath and dressing suite was realized in two adjacent bedrooms, while maintaining their original footprints, exterior windows, doorways and other historic features.

Upstairs rooms were updated with new and restored finishes, tile and paint, while woodwork in the hallways, first floor public rooms, staircases, doors and doorways were meticulously stripped and restored to their original rich stained appearance.

The house has been featured in the American Preservation magazine, the American City book by the Chicago Tribune and has been photographed extensively for fashion, grocery store and record album ads. This project would not have been possible without Missouri’s State Historic Tax Credit program, whose applications were prepared by the firm.