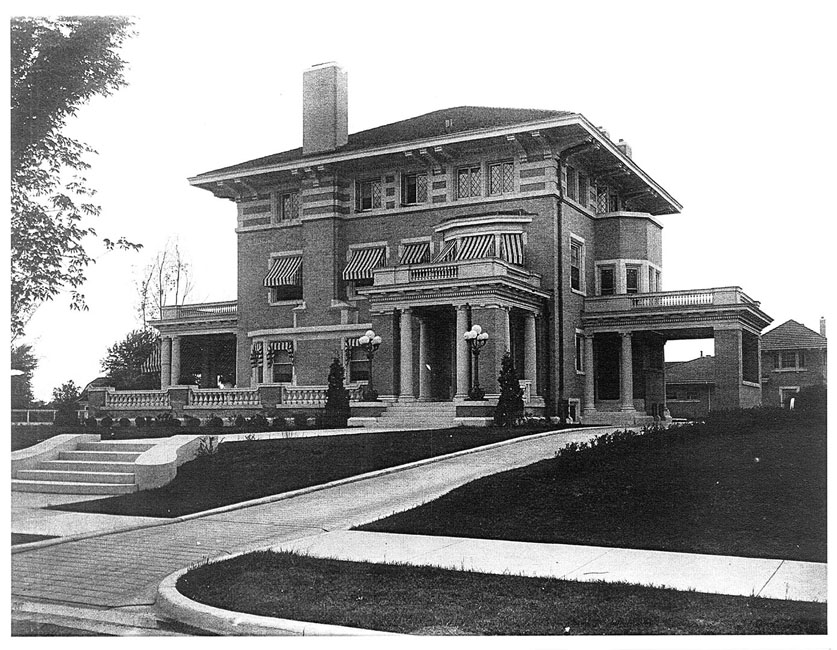 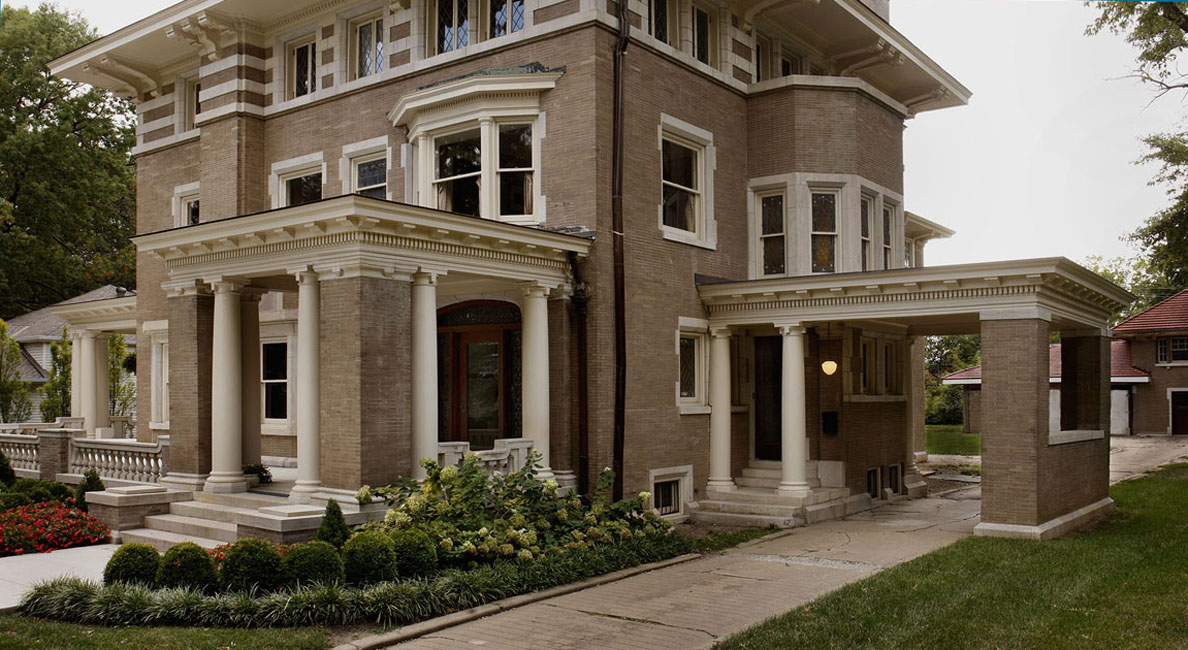 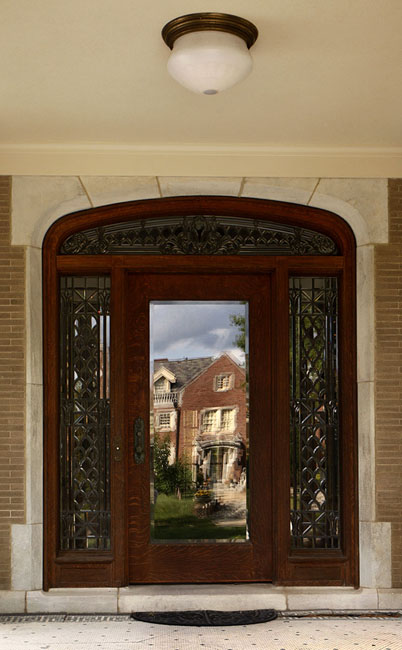 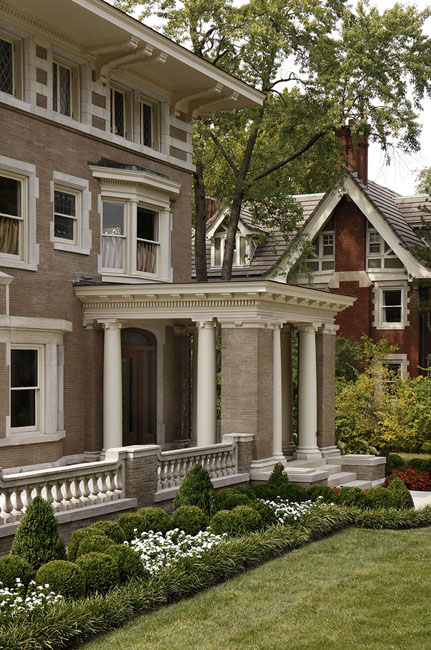 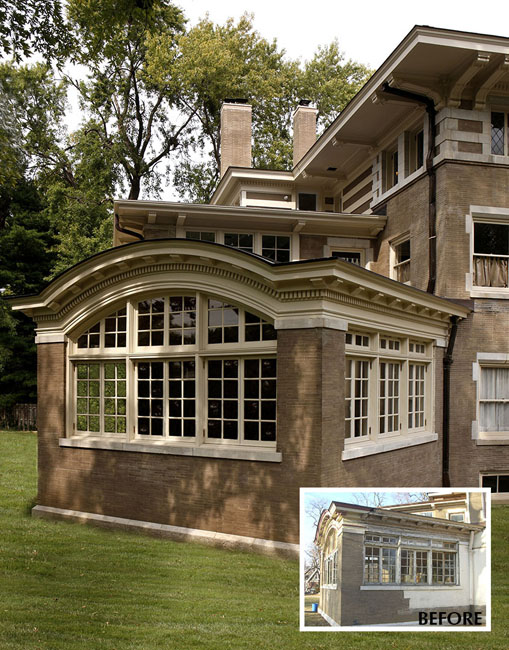 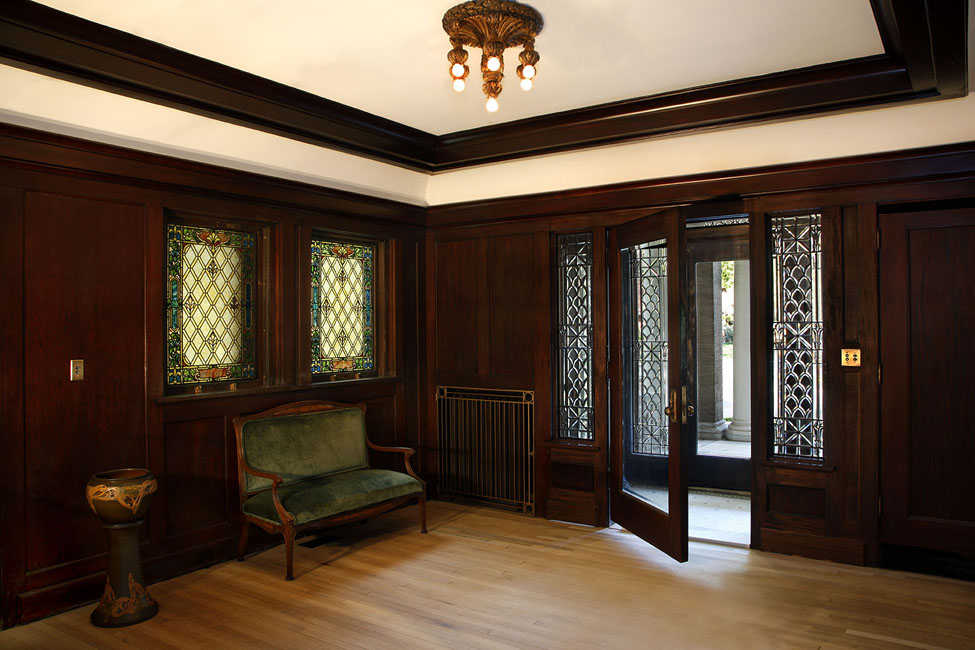 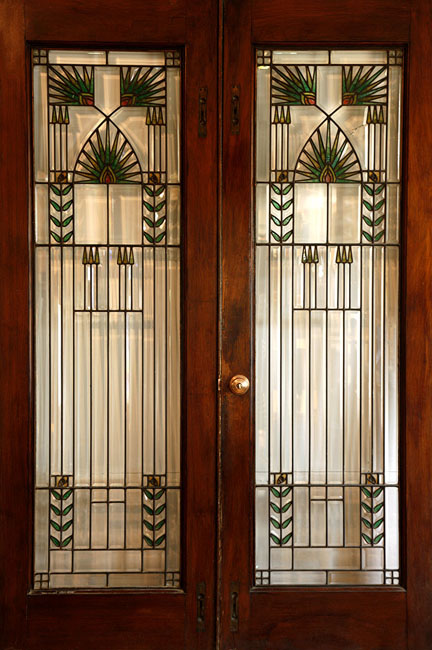 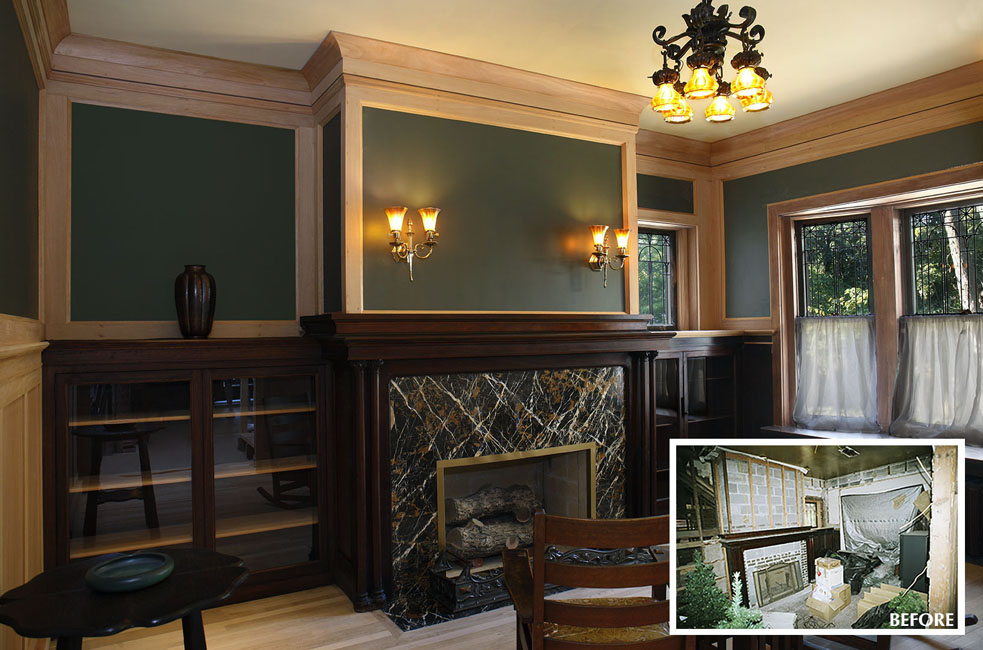 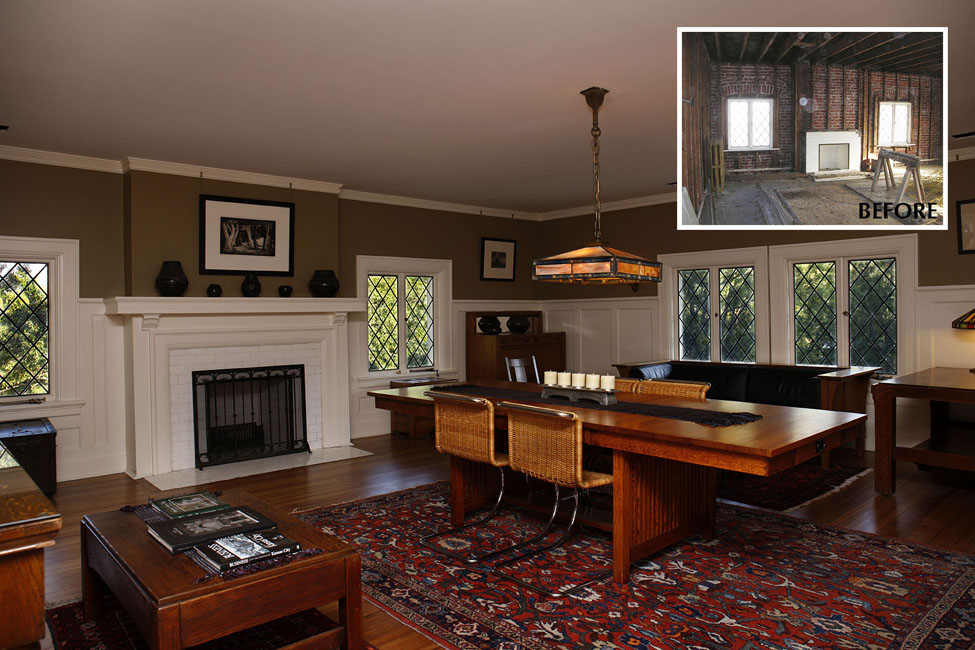 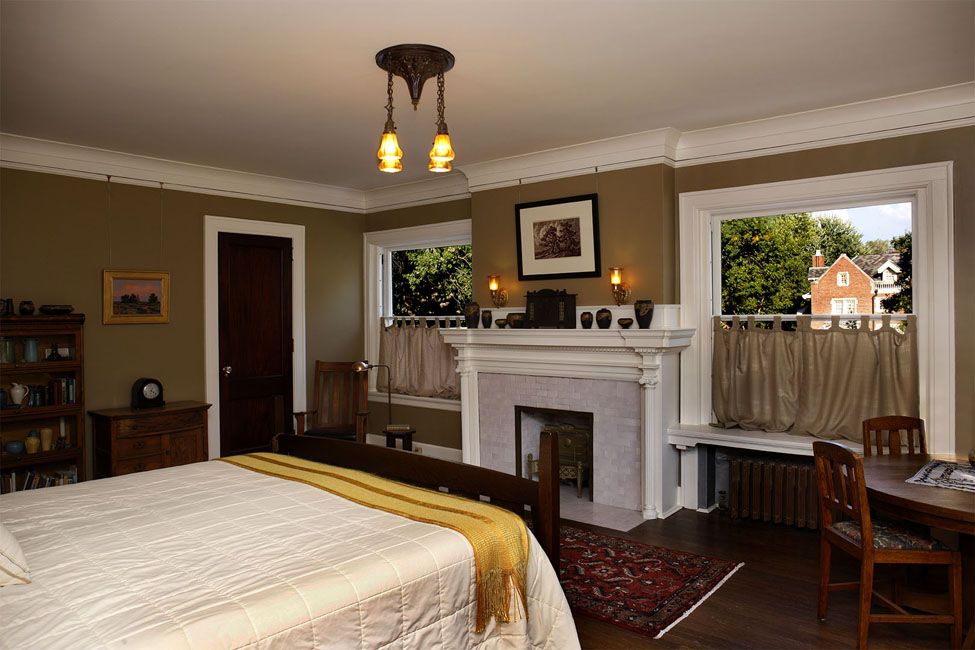 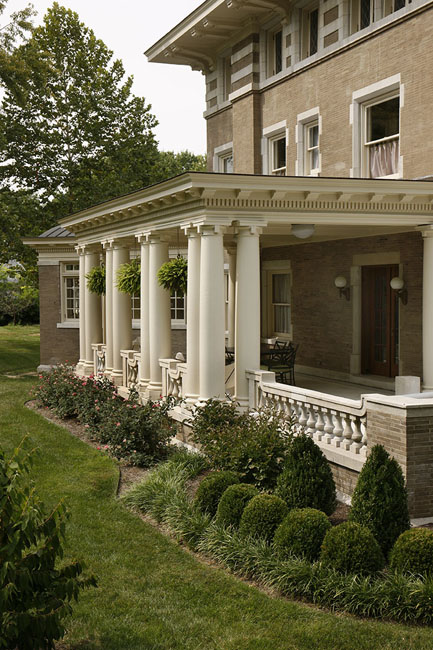 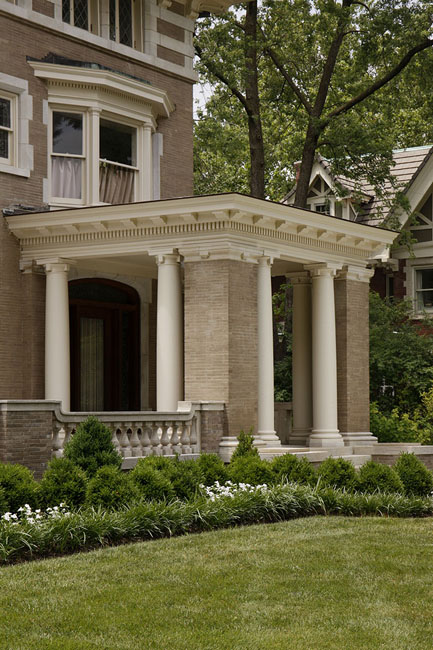 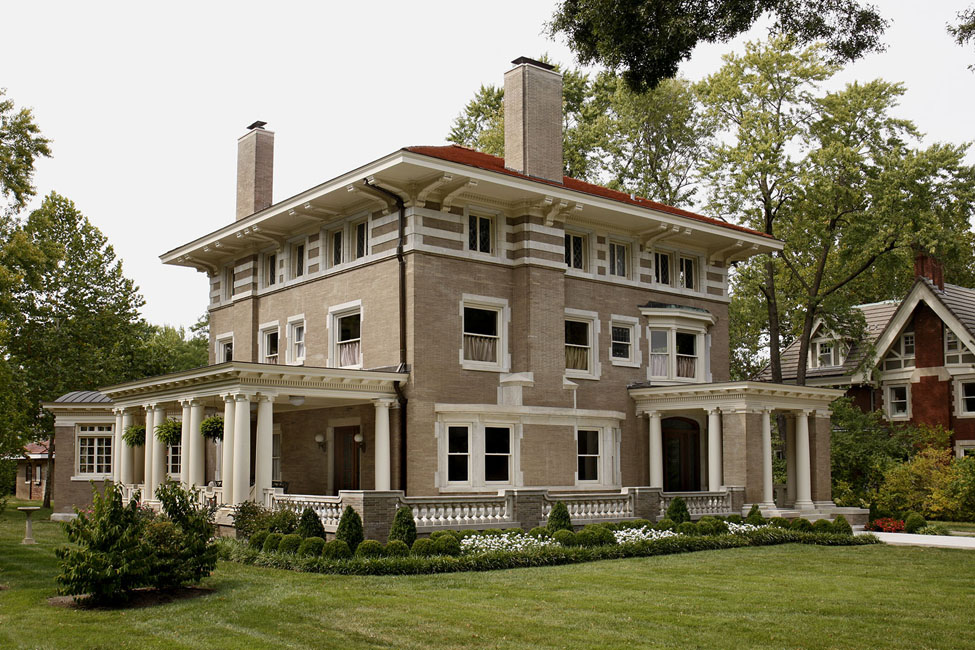 The W.A. Pickering Mansion is one of the most substantial houses in the Janssen Place National Historic District in Central Hyde Park, Kansas City, Missouri, and the last to be restored. Built in 1910 by W.A. Pickering, President of the W.R. Pickering Lumber Company, it boasted three full stories, extensive gardens and a large, two-story Carriage House. Unfortunately, the house was chopped up into 17 apartments in the mid-1950’s and various unsightly appendages were added to gain space and entry points.  The owners were forced to sell the property in 2000 when the City finally refused to renew an annual non-conforming use permit, thanks to a long fought battle by the neighborhood.

New owners started the restoration by tearing out the exterior and interior modifications, but, after ten years of sporadic work, sold the property. Firm principal, Eric Piper, was then commissioned by the current owners to assist in the restoration of this remarkable estate. The interior walls had only been roughed-in back to their original location, there was no operable heating, plumbing or electrical. Original staircases had been long ago removed with only shadows on a few remaining plaster walls indicating their original configuration.

With the house less the 50% intact, the bathrooms, kitchen areas, and all of the interior walls of every level were reconfigured back to their original location. Original doors were restored or custom made to match and the original hardware refinished. All of the windows were restored rather than replaced. Most of the woodwork was long gone, but what remained enabled custom matching so rooms could be restored back to their original character. The two story Carriage House, which featured a driver’s quarters upstairs, will be restored back to its original configuration. Non-original additions, built over a vacated alleyway, will be removed.

The project would not have been possible without Missouri’s State Historic Tax Credit program, whose applications were prepared by the firm.